Apple Snags a Greater Share in the Smartphone Market for 2013, but Google Still Tops the Platforms

comScore has released their first smartphone market share statistics for the new year, pulling from the data they accrued in the three month period between October and January.  The numbers take into consideration the 129.4 million smartphone users nation wide, which as of January 2013 reached 55% mobile market penetration. 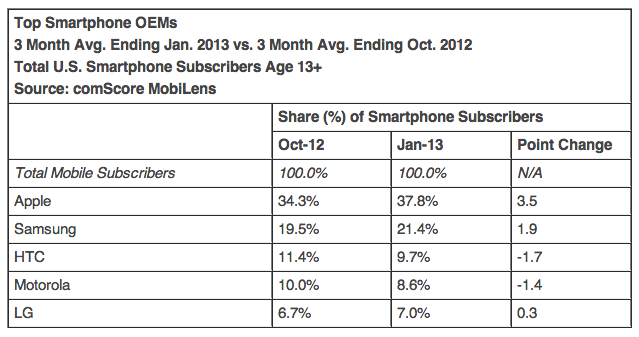 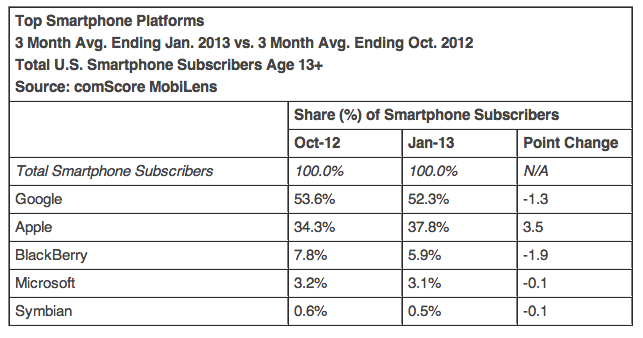 Google Android still holds over half of the market, ranking at 52.3% of user platforms. Blackberry fell significantly (by a factor of 1.9) since October of last year, now down to 5.9%, threatening to eventually drop behind Microsoft if the trend continues. Microsoft and Symbian are at 3.1% and 0.5%, respectively.

The report gives developers a better frame of reference when choosing between platforms, and the confidence of knowing that an app built for the Google Play Store will reach an audience of over well over 75 million users, compared to the ~48 million that have access to the products listed in the Apple Store. Apple did, however, make a significant leap in three months by taking customers from Google as well as Blackberry.