The keynote address at today’s Google I/O event introduced Android’s latest moniker to the market. The new sweet treat, Jelly Bean, takes Android’s Ice Cream Sandwich 4.0 to the next increment, 4.1. With Jelly Bean, we don’t see the massive UI upheaval that came with the last iteration of their OS – Jelly Bean is more about refining than revamping. It’s Google’s answer to usability issues and a heavy lag-time that left a lot of users irked over Ice Cream Sandwich, and it’s a small shift forward – small like, say, a jellybean. 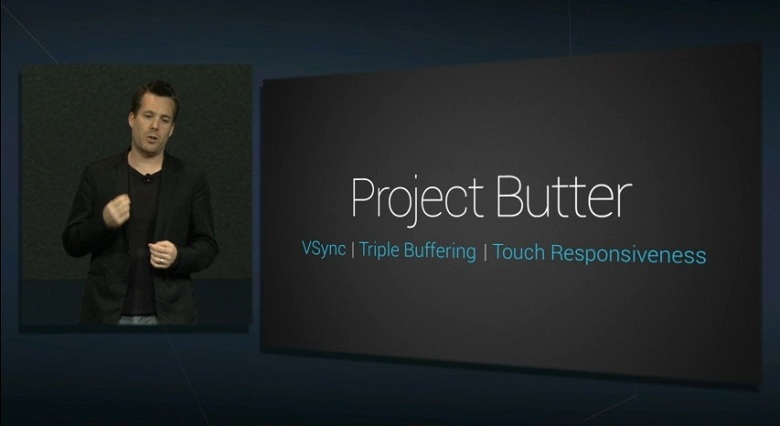 “Project Butter:” Refined Performance
Jelly Bean was built to run smooth. Codenamed “Project Butter,” developers at Google launched a mission to make this iteration of the Android platform faster and more responsive than the one that came before it. Here’s how they did it:

Visuals: UI and Design
Jelly Bean’s aesthetic is consistent with Ice Cream Sandwich, with a few refinements that give Android a cleaner, more mature interface. Many of the blue accents have been muted to white, and we’re happy they toned down the neon – the effect is more elegant and understated.

Animation features have been incorporated as well. When you tap an app, the app will launch outwards from the icon’s spatial vicinity, for example. In addition to animations, Google also altered their Roboto font in various screens that give a cohesive, purposeful vibe to the design.

Overall, the UI is slightly more polished – but not much changed, design-wise. 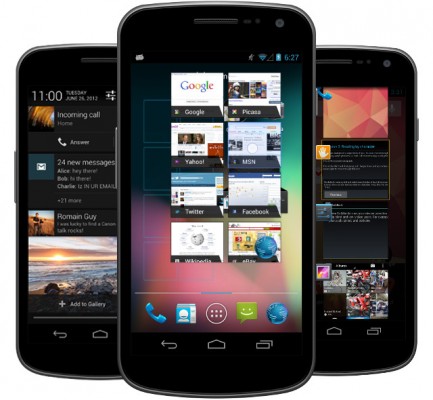 Google Now
Google wants to get to know you well. So well, in fact, that they can tell you what you need before you know you need it. Google Now collects data from all of your devices, compiling the information so that your Android device can tell you what you want to know. From sports scores (optimized to include favorite teams) to traffic information (after learning your morning commute by tracking location patterns), Google Now presents the user with informative “Cards” that can be swiped away or tapped for more details. In addition to Cards, access to Google Now can be achieved via an upward swipe from the lock or home screen.

Of course, Google Now is an answer to Apple’s Siri**, but the features are distinctly different from one another. Google Now exists without prompting – more than an intelligent, voice-activated assistant, Now is an ambient system that gets personal. We’re really excited to see how it evolves as Google adds more features in later iterations of their OSes.