The Top-Selling Apps for Connected Devices: A Report from App Annie

Mobile analytics giant App Annie recently released a report covering the success of connected devices that reveals key data and insights for a space in the mobile industry that is still relatively new. 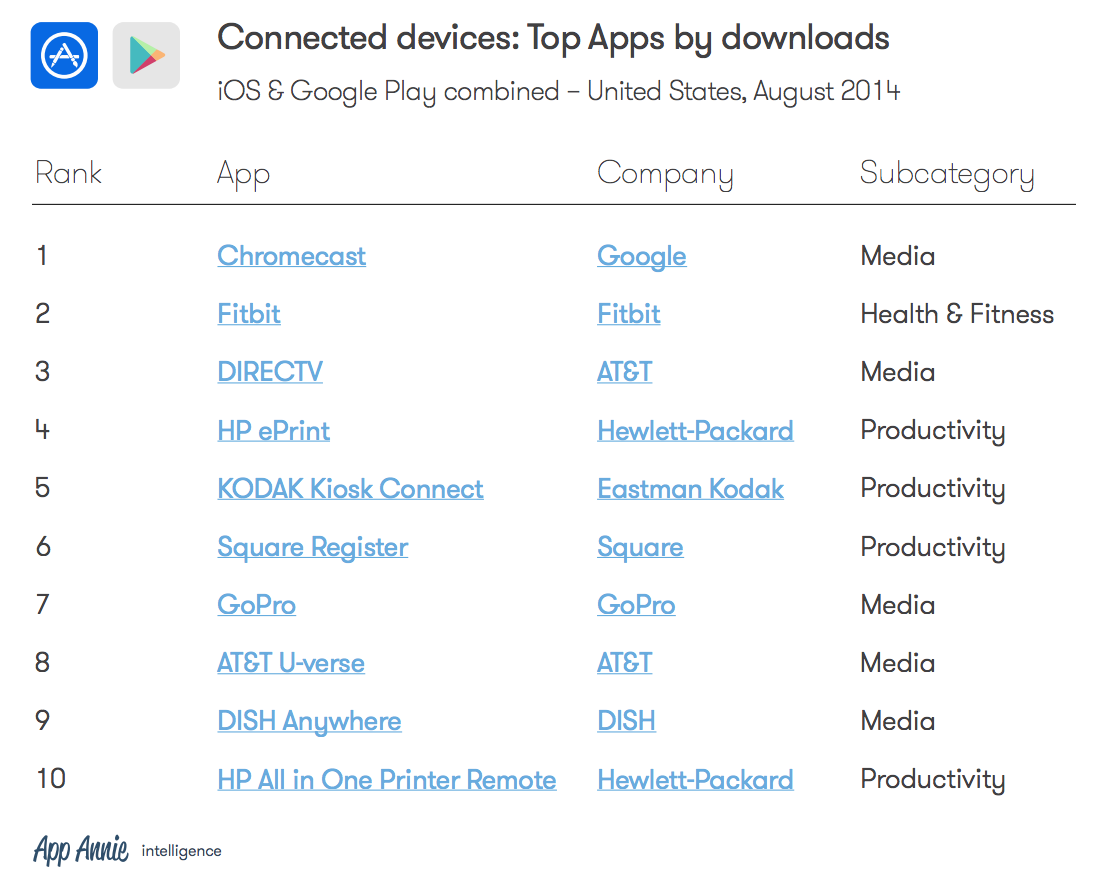 According to the report, Chromecast – Google’s competitively priced HDMI streaming media player – hit the number one spot for August 2014. And although the top apps for connected devices by downloads reveal a trend in Media and Productivity categories, Health & Fitness apps have grown over 2.3x in monthly downloads since August 2013, demonstrating that the subcategory still holds promise. 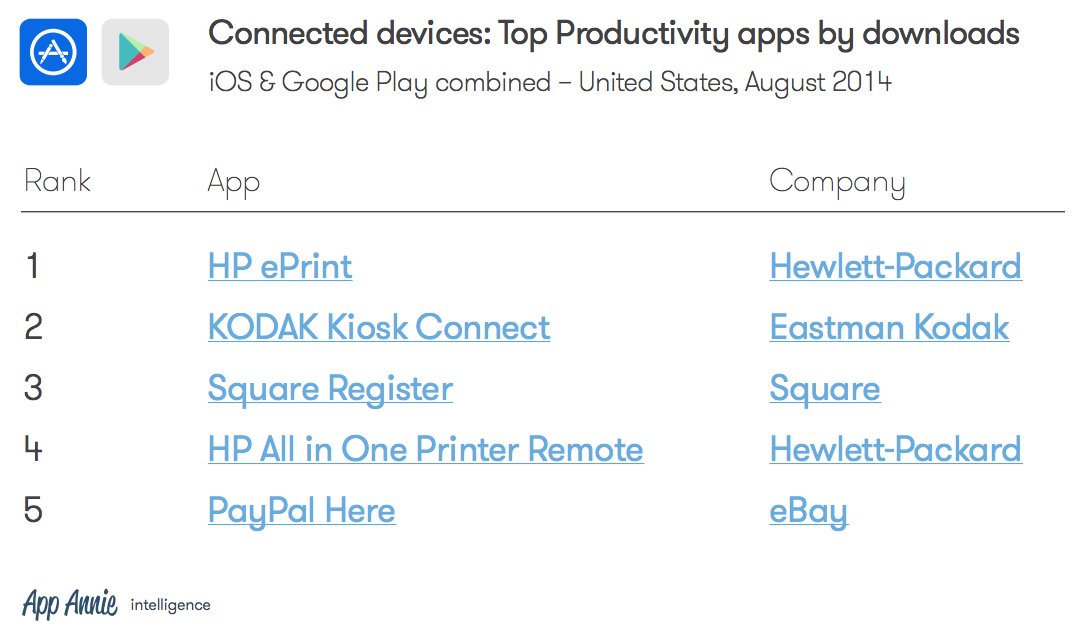 The number one spot for the Productivity aggregate is held by HP ePrint, an app that allows users to print from cloud-integrated applications like Evernote and Dropbox. Mobile payment services also rank under productivity, and while apps like Square Register and PayPal Here, which connect traditional credit card reader dongles to smartphone and tablets, still dominate the app download space – the experts at App Annie are keeping close watch for the rise of Near Field Communication technology, the likes of which is used for ApplePay.

In addition, the report alludes to the coming emergence of new sectors in the connected device space. Connected cars, homes and watches, are already on the rise with technologies like CarPlay, Android Auto, and Nest, and the Internet of Things is expected to make waves in everything from mHealth to the manufacturing and distribution industries.

The report, Spotlight on Connected Devices, can be requested here.