A recent report from Kantar states that demand for the iPhone 6 already began to boost sales as early as September, when Apple made a 2.5% leap in its OS market share from August – a significant jump for the month. But their interactive data panel tells a story that dates back to 2012, showing the steady rise of the Android platform, and the annual spike that Apple gets with the launch of their new devices – indicating that this boost is really no surprise at all, and we should expect an even greater one from October’s data, with the highest peak in November. 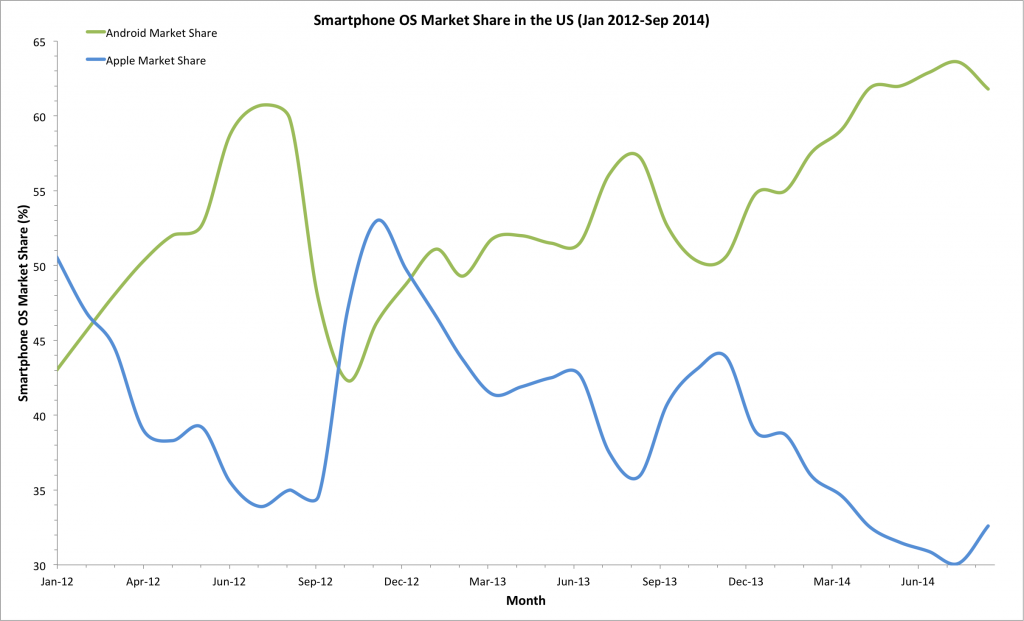 At the start of 2012, Apple held the majority share of the smartphone market. It was quickly overtaken by Android, before regaining traction briefly in November with the launch of the iPhone 5. It seems that where Apple stumbled was with the release of the new 5s and 5c devices in 2013, which were not very different from their predecessors.

Now, though, with the iPhone 6 and 6 Plus breaking record sales for the company – will Apple regain some of that market share, or were they tapping predominantly into their existing market of users who bypassed their 2013 devices in wait of something a little more groundbreaking? The coming months will tell whether the phablet-sized smartphone put the iOS platform in the hands of more users, and whether or not those users are there to stay.