Graphic designers rejoice – Scribble Pen is about to deliver the whole world’s color palette to your Photoshop swatches. 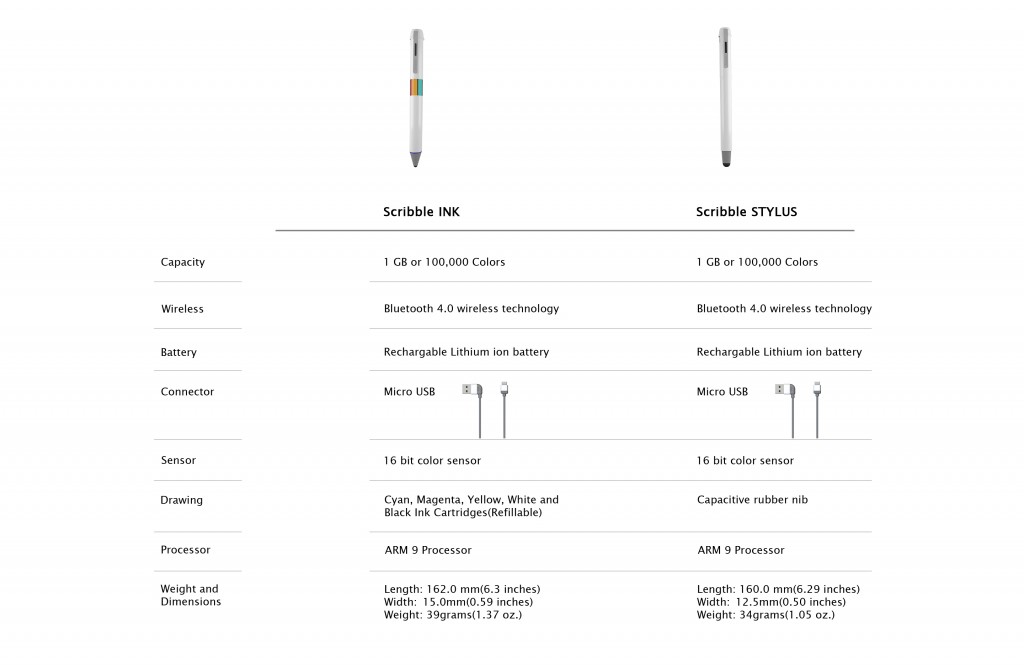 Scribble Pen has produced two models of their new technology: one functions as a standard ink pen, the other is a stylus for your tablet or smartphone. Both have a 16-bit RGB LED color sensor on the tail end that is capable of capturing any color from any surface in your proximity. The color is converted to a hex code, transmitted directly to the paired Scribble Pen App on your mobile device and, in the case of the ink pen, relayed in a way that is similar to a printer. Five ink cartridge colors (cyan, magenta, yellow, black and white) combine the necessary quantities of ink in a separate chamber to create the exact color specified by the hex code. 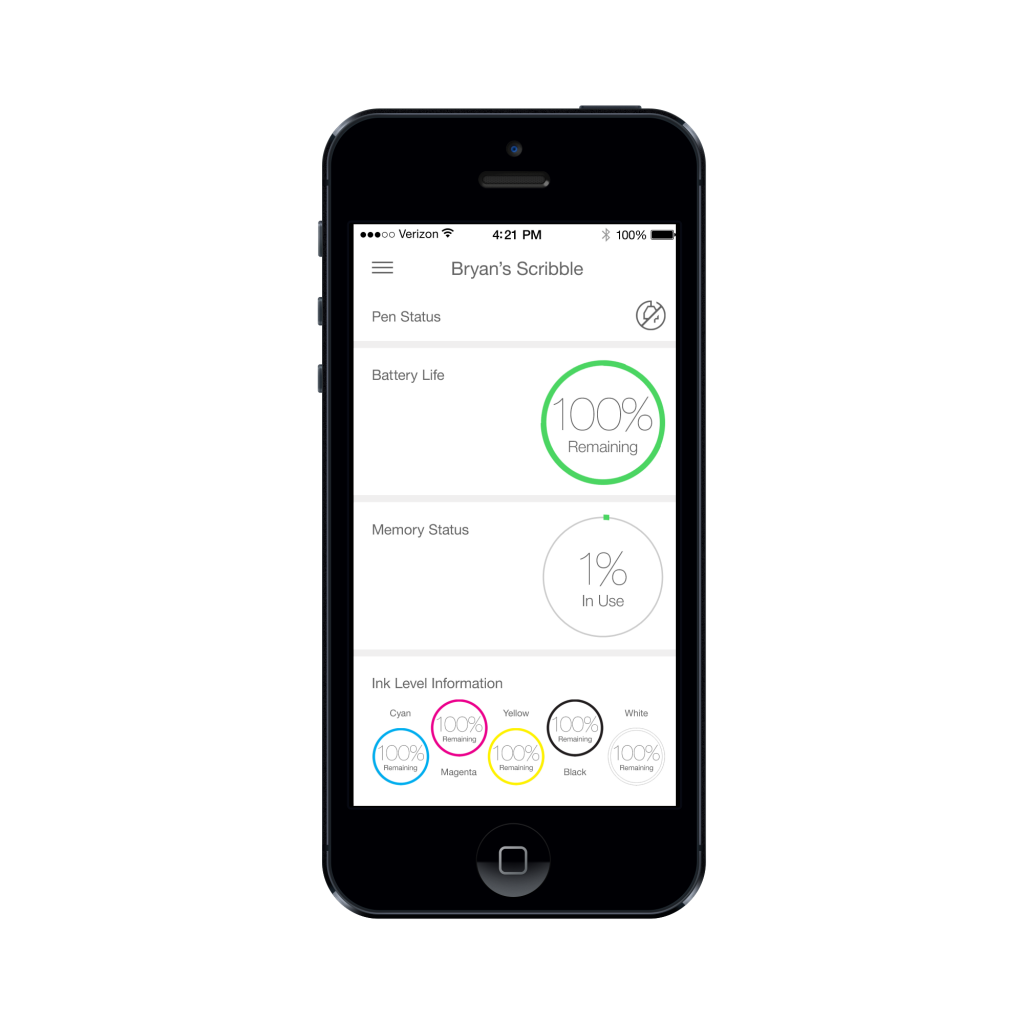 With 1 GB of storage, the pen can store up to 100,000 colors in its memory – out of a possible range of 16 million. The app functions as a drawing tablet, but also tracks your pen’s battery usage and ink levels, letting you know when its time to recharge or refill.

Their Kickstarter is set to launch on July 7th, where backers can pre-order the Scribble pen or stylus for $149.95 or $79.95, respectively. Their mobile application is available for free on Apple, Android and Windows Phone devices, and they also intend to release an application for PC or Mac that allows for easy, synced color storage.