Wearables have garnered a lot of hype recently. With the advent of Google Glass and competitors like Pebble and Samsung’s variations of the “smart watch,” it’s already clear that this new genre of wearable technology has tremendous power to shake up the computing landscape and become a branch of machinery that has just as much impact as the mobile revolution.

Some of the first wearable technologies, like crystal eyeglasses and the abacus finger ring, date as far back as the 1200s, so while we hesitate to call wearable technology new, thanks to the ubiquity of internet accessibility and cloud data storage it’s certainly being developed in new and exciting ways. We’ve already been hearing a lot about heads-up displays and smart watches (though Apple still did not give us any hints as to when they plan to release their iWatch at their most recent developer’s conference.), but we think that there are plateaus in wearables that have yet to be discovered. Here are a few projects that show incredible promise for the bright future of wearables.

Mi.Mu is the perfect example of how this high tech wearables fad has the potential to shake up just about any vertical market that’s willing to leverage its potential. The project was kicked off by singer/songwriter Imogen Heap as a labor of passion for transforming the music industry, and she rallied together a team of all-star engineers and designers to get the gloves up and running.

The objective is simple – create music and bypass the flat, stationary constraints of dials and computer screens. The gloves operate with the help of gesture recognition – and they light up, too, so the overall effect is akin to an orchestral conductor leading a symphony in the TRON universe. To get their musicians started, the Mi.Mu team has developed a software that “maps” user input and converts it to musical signals, but it also allows for the creation of more complex controls by programming selected combined gestures.

Here is a video of the gloves in action. It automatically syncs up to Heap’s performance at 2:22; rewind to watch the entire thing:

Heap’s team hopes to have their first batch of gloves to their Kickstarter backers in December of 2014. 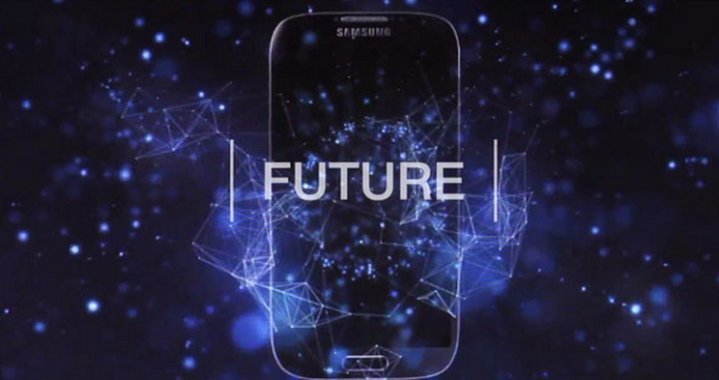 Samsung is making a virtual reality headset – and they are racing to beat the Oculus Rift and Sony’s Project Morpheus to market.

Samsung’s flagship devices – iterations of Note and Galaxy – power the device, which apparently already exists as an early version in the testing phase for developers. Engadget speculates that the setup will be rooted in wired connection, because of VR’s need for immediate input. We’re not sure which games are set to release with the headset (which Samsung hopes to announce before the end of the year), but we’re sure it will make Android devices more appealing to gamers seeking the experience of immersion. 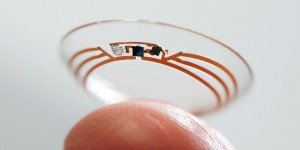 Most users will agree that the Google Glass is aesthetically… “in-your-face,” so to speak. Imagine if you could have some of Google Glass’s wearable technology features in your eye, instead?

Google patented this smart contact lens back in 2012, though it’s only recently been gaining notoriety. The design works via an integrated camera that sits near the unobtrusive perimeter of the lens, so it does not interfere with your vision, but is capable of streaming photos and video to a larger, screen-based device like your laptop or smartphone. The idea of the sort of secretive surveillance that would be associated with such lenses does give us a bit of pause – but that is not all Google has hopes to do with their Smart Lenses.

In place of a camera, Google has developed a version of the Smart Lens that works as a glucose monitor by checking the naturally occurring traces of glucose in the fluids of your eyes. They released their functional prototype in January, and the idea that something this simple could allow patients with diabetes to abandon the painful, frustrating task of blood-glucose monitoring holds great promise.

There are some (valid) concerns – including how the camera itself is powered. Wireless transmission seems to be the only feasible option for recharging its battery, and we are admittedly weary of the idea of focused wireless signals being beamed directly into our eyeballs.

As the scope of wearables broadens, so to will the ideas that back their evolution. So far we’ve seen a lot of niche-focused projects that aren’t quite as likely to reach such widespread market penetration as smartphones have since their inception, but it does not mean that the idea which will make wearable technology as prolific as mobile devices is not out there – simply waiting to be had and urged to fruition.