Metaio, a German company and worldwide leader in augmented reality, announced yesterday a game-changing technology that its researchers have been developing for the past year. They’re calling it their ‘Thermal Touch’ interface, and it’s pretty awesome.

Thermal Touch integrates thermal imaging into an augmented reality landscape for a completely unique user interface, with practical applications for wearables like Google Glass. It posits an original solution to the issue currently facing heads up display and other forms of wearable technology: how will we interact with them?

The answer: turn any surface into a touchscreen with the help of thermal sensors. Thus far, researchers at Metaio have been using a tablet linked to an infrared camera (working in tandem with a normal camera) to register heat signatures left upon surfaces in the user’s physical world. Where normal cameras can achieve similar ends by way of glyphs or object recognition software, a thermal camera offers a more precise alternative that meets fewer limitations and requires less “brain power,” so to speak, on behalf of the device itself.

Traditional touchscreens work by recognizing an electrical charge in your finger; Thermal Touch works by recognizing residual heat that your finger leaves behind. Applied to HUDs like Glass, users could hypothetically swipe through digital screens that are invisible to everyone else around them on their breakfast table, the window on the subway or the wall in their office instead of gesturing in midair (which is how Glass works currently).

Metaio’s marketing director, Trak Lord, has this to say on the matter:

“Someone’s got to do it, otherwise we’re going to be stuck with shiny rectangles for the next decade.” 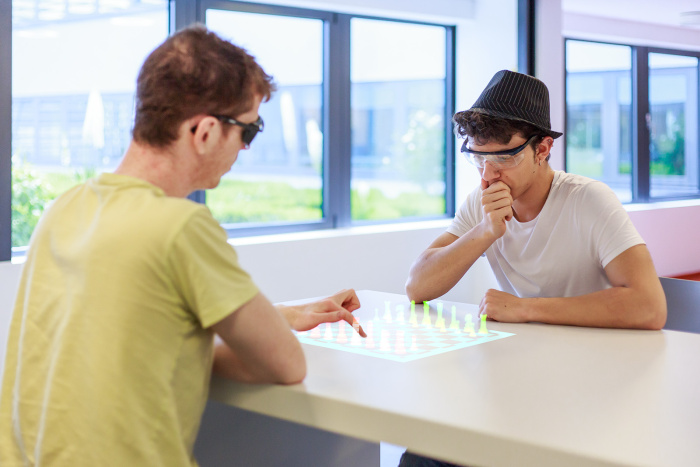 We still rather like working with our shiny rectangles – but the possibility of this technology eventually embedded into consumer devices is intriguing. For one, we would save money on chess sets. More importantly though, the applications in industry are widespread, with potential to make a big difference in a variety of vertical markets:

Gaming, e.g.: adding new modes of input to virtual reality.
Information processing, e.g.: learning more about objects in your physical world simply from a one-finger touch – which gets even cooler when you think about the impending ubiquity of data that is rising with the internet of things.
Advertising, e.g.: pressing an in-print magazine to access a purchasing link through your HUD.
Personal security, e.g.: keypads that only you can see, used to unlock anything from internet-enabled safes or cars that are partnered with your device. 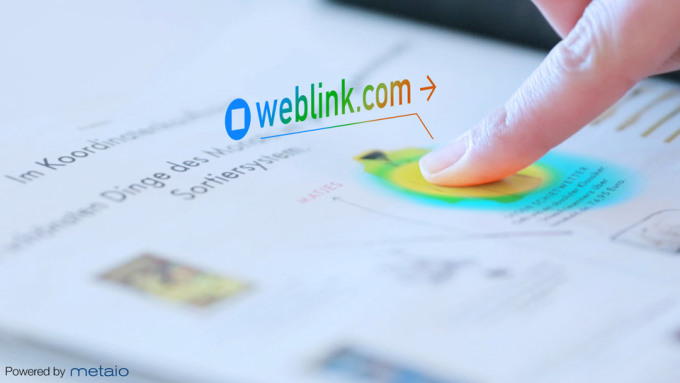 Widespread integration of Thermal Touch is still several years off, but Metaio has already pitched the technology to various partnered companies and was met with positive feedback. Which companies are unknown as of yet, though Metaio has history with big players like Intel. We’re betting it’s only a matter of time before Google shows interest, and we’re curious to see what comes of it.

What real-world applications can you think of for Thermal Touch?